What is difference between latte and cappuccino? 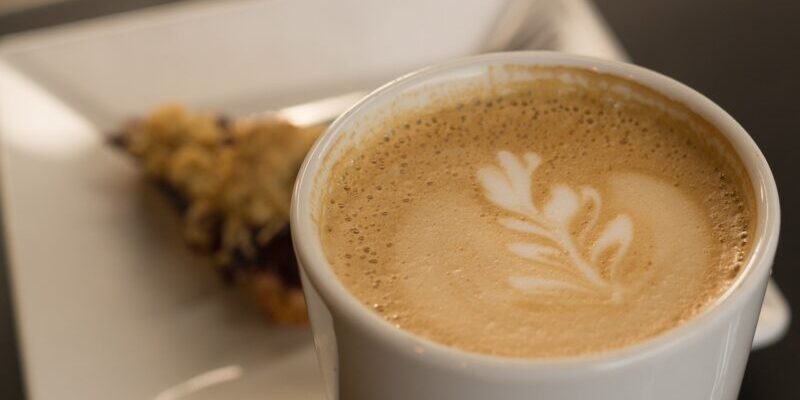 We’re always keen to use this blog section to answer some of the common questions that our customers have, and when it comes to enjoying a splash or more of Graham’s Milk, one of the big questions is what’s the difference between a latte and a cappuccino? Well, we’re nothing if not dedicated to the cause so we’ve spent this morning doing our research and we’re ready to bring you the answer. On the downside, we should probably have done our research with decaff lattes and cappuccinos because we’re not sure we’re going to make it back to sleep before tomorrow morning.

So what actually is a cappuccino?

We’ve all enjoyed a frothy coffee treat at one time or another, but what makes a cappuccino a cappuccino? Well, we mentioned an espresso earlier on and a cappuccino is, in fact, made with a double espresso. So, at this point, we should probably take a moment out to explain what constitutes an espresso.

To make a proper espresso you need a machine. The coffee is ground more finely than for other methods of brewing coffee and these grounds have a small amount of hot water forced through them under pressure. What this produces is espresso! It’s thicker than most coffee and has a creamy foam on the top called the crema. But enough about espresso, back to the cappuccino.

The cappuccino as we know it came from Italy, but the first recorded version of the drink emerged in Austrian coffee houses of the 1700s. There it was known by the German name Kapuziner, which seems to have been a reference to the similarity between the colour of the drink and the colour of the habits worn by Capuchin monks. Cappuccino is the Italian version of the name.

The colour that inspired the name is achieved by the addition of hot milk to the cappuccino, roughly matching the volume of the double espresso. However, that’s not the only dairy addition to it. The top third of the drink is made up of that distinctive layer of milk foam.

Of course, it’s not a real cappuccino until it’s had that sprinkle of chocolate over the top.

So what’s a latte then?

A latte is short for the Italian term caffè latte, which just translates as ‘milk coffee’. The main difference between a latte and a cappuccino is usually the size. A cappuccino has traditionally been around 180ml – 200ml, while a latte is more usually 200ml to 300ml. That extra volume is made up of more milk, but the layer of foam on top of a latte is smaller than that of a cappuccino.

The origin of the latte is a little harder to pin down as various European countries had their own milky coffee variants, but they tended to be drunk at home rather than in cafes. As far as the creation of the café version of the latte that we know today, its origins are claimed by the Caffe Mediterraneum in California. According to their version, it was standardised there in the 1950s by one of their early owners.