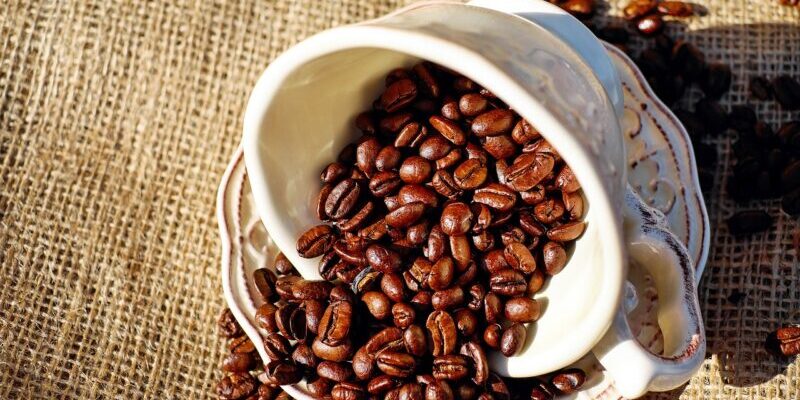 For many, naturally processed Ethiopians (also called “dry-processed”) are a gateway drug into specialty coffee. Just grinding this coffee fills the room with blatant blueberry aroma, and that flavor comes through in the cup as well. The blueberry flavor in naturally processed Ethiopian coffees is the most unmistakable flavor characteristic in the world of coffee, you cannot miss it. In addition to blueberry, look for strawberry, artificial grape flavor (like a purple ice pop), muffin, and cream cheese. Another thing that sets natural Ethiopians apart is the creamy texture and the fact that this coffee packs tremendous fruit flavor without overwhelming acidity. People who are into coffee generally think of acidity as a good thing, average coffee drinkers… not so much. Natural Ethiopians are a win for everyone.

That’s right, Ethiopia has the first AND SECOND most identifiable coffee flavor profile of all the coffees on Earth. 🏆🎉 Surprisingly, washed Ethiopian coffees taste completely different from naturally processed coffees, even from the same farm. They have three dominant flavors. Tea, lemon citrus, and florals, with every coffee presenting these flavors in different proportions. The dry aroma is striking, and after smelling it once or twice you should be able to recognize it 85% of the time (assuming it’s not too dark). Some of the best washed Ethiopians also present secondary flavors of peach, bergamot, Froot Loop lime, and honeysuckle. This coffee is very light, and some people dismiss it at first saying “I didn’t come here to drink tea”. To which I say “good, more for me”. If you don’t like your first one, try a few. It will grow on you.

Right next door to Ethiopia, Kenya has an exceptionally distinct flavor profile all its own. Almost always, Kenyan coffee has a syrupy thick mouth coating quality with dominant flavors of tomato stew and raisin (or other dried fruit). Some of the best Kenyan coffees will also offer grapefruit and bubblegum. This coffee is divisive though, as the acidity/sourness is very prominent, especially in the higher quality offerings. Chocolate is also not uncommon, which combines with the raisin for a really nice Raisinette flavor.

Burundi, Rwanda & the rest of Africa

Generally speaking, coffee from the rest of Africa tastes like it’s from Kenya, but not as distinct. While there are some standouts which really wow us with interesting flavors like ginger and winter spice, it’s a more challenging region to buy coffee from.

There’s one variety of coffee grown in Panama called Geisha (or Gesha). It’s generally the most expensive coffee in the world, and particularly favored by coffee professionals competing in barista competitions. Production is evenly mixed between natural and washed, but the dominant flavors are generally floral, with honeysuckle and bergamot standing out the most. Other coffee from Panama is not like Geisha, and Geisha from other countries is not like the product of Panama. But because it’s so expensive, you’re probably best off waiting for a special occasion to try this one. It’s too expensive to have every morning.

Indonesian coffee is known for its heavy (almost sandy) body, and an earthy, woody flavor. It is very distinct, but not a go-to choice for most coffee people because acidity and complexity can be lacking. However, we have had some recently that present really nice tropical fruit flavors, cinnamon, and cola. So it’s worth trying given the opportunity!

All coffee from Yemen (that’s we’ve seen) is naturally processed, and so it has a certain wildness to it. The region has a bad habit of producing coffee that tastes like a barnyard. But when they get lucky and produce good coffee, it’s exceptional. Dominant flavors are probably sandalwood, nutmeg and cinnamon spice, and berry.

Colombia is our favorite growing region in the Americas. There isn’t necessarily one flavor profile that really stand out, but the best coffees from colombia have cola, cherry, orange, vanilla, chocolate, florals, and maybe even apple flavors. It also can have excellent sweetness and balance. If you’re getting a ton of complexity but don’t think the coffee is from Africa, chance are Colombia is a good guess.

Coffees from Nicaragua stand out for almost always having a very pleasant tobacco flavor. I’m assuming that’s because tobacco is grown nearby.

In the Americas, the further away from Colombia you move, the more complexity is lost. What’s left behind is usually chocolate and nuts (mostly peanut). Brazil is as far south as coffee production goes, and Mexico is as far north. Both regions produce somewhat similar cups. The best examples will have decent sweetness and acidity, with a chocolate and peanut combo reminiscent of peanut butter cups. They can be really nice. But they can also taste like cardboard or newspaper. Many are used as fillers for dark roasted espresso blends.

Coffee from these regions are very difficult to tell apart. I sometimes get miso or seaweed as a flavor, which is a giveaway, but usually they just taste like they’re somewhere between Colombia and Mexico. It’s all a blur.