Difference in cappuccino and latte 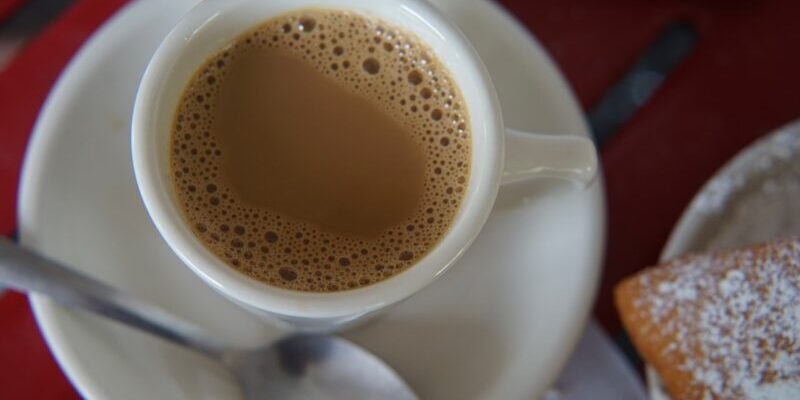 The popularity of coffee has kinda exploded lately – and not just because the drink itself has become so popular. I might even be wrong ins saying that it’s coffee that’s become so popular – as opposed to the pictures we can take of it and the level of class associated with ordering a fancy-named coffee drink around our friends.

Now, imagine you’re sitting in a fine dining, French restaurant, and you order a Cabernet Sauvignion as a Cabb-urr-nett Saw-vigg-nun. Cringe! Yes, you know what it is, but you’re saying it all wrong!

Inversely, imagine ordering the same wine, and imagining a beautiful light white wine to pitch up shortly – only to be faced with a dark red wine. Again – not knowing what it is you’re ordering can ruin an entire experience.
We’re going to tackle the phenomenon of Cappuccino VS Flat White VS Latte head-on, so that you – our readers – are armed going into battle! 🙂

What Is In A Cappuccino?

Cappuccino comprises of two forms of milk and Espresso. The milk is really what sets apart these three drinks.

In a cappuccino, steamed milk is dispensed into your cup (really just super-heated milk), while your frother mechanism whips another layer of milk into a delicious, thick froth.

To make it easy – cappuccino has three main components:

Cappuccino is, out of the three related drinks, by far the most creamy and milk-intense, with the lowest amount of coffee component.

What Is In A Flat White?

Flat whites are a relatively new addition to the milk-based coffee family; it’s notoriety began all the way in Australia, and bigger automatic coffee machine brands have gone so far as to incorporate new technology into their machines to allow them to differentiate between – and produce – both Cappuccino’s and Flat Whites.

Flat White’s are a much less dense version of the cappuccino, and make use of micro-foam as opposed to milk froth.

It’s almost impossible to clearly outline the components of a Flat White – because it is open to adaptation and interpretation. See, the only rule you really need to follow in a Flat White is to use a majority of micro-foam as your milk base, and add either one or two shots of coffee component – usually Espresso.

The name lends a bit more of an explanation to this drink – it’s flat (i.e.- not very dense or rich in terms of foam) and has a stronger coffee component. Also important to note is that the milk is “folded”- a process which allows for greater aeration in the milk and ensuring no air is lost during the preparation process.