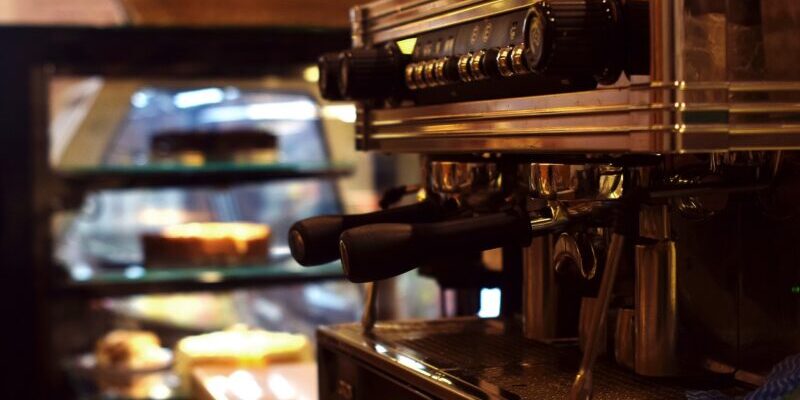 Capsule coffee machines offer the promise of tasty coffee (that is, it’s not a spoonful of instant) but without queuing in front of a barista. You’ll need to taste what’s available to see what you like. Most machines only work with the proprietary pods made by Nespresso, Tassimo or whoever, though it’s possible to buy pods made by rivals to fit, which can work out cheaper.

Pressure, measured in bars, varies between machines – look for 15 bars to extract coffee flavour effectively. Decent pressure means good crema (the foam on an espresso). All machines here apart from the Tassimo have 15-bar pressure or above.

Some coffee brands let multiple manufacturers come up with the appliance itself – Krups, Magimix and KitchenAid make Nespresso machines – so there are often plenty of style choices. Some machines have integrated milk frothers, while others have standalone frothers as an optional extra. Not one of them makes you look like George Clooney.

This is Nespresso’s first connected machine. This means you can use the Nespresso app on your Apple or Android smartphone from your bedroom to tell the machine in your kitchen to brew a cup. Of course, you need to remember to leave a capsule in the Prodigio, and water in the 800ml tank. The app also allows you to order new capsules directly and can alert you when stocks are running low, or that it’s time to clean the Prodigio. It’s a decent size and like several other Nespresso machines, has a milk frother as an optional extra. The app is straightforward to use and works well.

The new Latissima Touch has an integrated milk chamber and six touch-sensitive pre-set buttons to instantly deliver espresso, ristretto, cappuccino, latte macchiato, lungo or frothy warm milk. Cleaning the machine after use is straightforward: it shoots steam through the system, though the milk and water chambers need to be regularly cleaned thoroughly as well as this steam procedure. It has a medium-size (900ml) water tank. The Nespresso system offers 24 different coffee flavours, some of which are decaffeinated. New “grand crus” are added occasionally. Capsules cost around 30p each.

This small machine, made by Bosch and using Tassimo’s capsules, is handy for compact kitchens, though it does mean you refill the 700ml tank more often. Some drinks are created by using two capsules (milk followed by coffee, say). There’s a handy self-cleaning function – you go through a brew-making process but using a plastic disc instead of a pod. The Vivy is efficient and easy to use. Argos has it at a special offer price – it’s usually £100. Pressure here is lowest on test, which can mean a slightly more bitter taste. Capsules cost between 20p and 60p, and include chocolate, caramel, tea and some branded drinks (Costa and Cadbury’s, among others).

With the Lusso you can choose between Dualit and Nespresso capsules. The Dualit capsules come in six flavours and cost 29p each, and there are five flavours of tea (27p per capsule). The machine is elegantly styled and comes with the Dualit promise of reliability and ease of use. This machine has the most powerful pump on test at 20 bars. A memory system remembers the cup size you usually favour (35ml espresso or 70ml lungo). It’s not quite as fast as some machines though still all done in a minute or so: Dualit says slow coffee extraction leads to better flavour. Certainly the taste here had no bitterness.

The diddy Piccolo favours Nescafé’s Dolce Gusto pods with several dozen flavours plus 14 which are exclusively online. Cost is around 25p per pod and the capsules are widely available. Like the Tassimo T12, some drinks are made using a milk capsule as well as a coffee one. The small size means it can squeeze into even a small kitchen but it also means a water tank (600ml), which frequently needs refilling.

The Fantasia is bigger than many, with a 1.2 litre tank. It has a detachable milk jug so you can add frothy milk to your beverage easily – there’s even a pair of arrow buttons to adjust the amount of froth. An optional water filter accessory is available to decrease the hardness of tap water which slots into the base of the water tank. The Lavazza A Modo Mio capsules offer 10 varieties with names like Tierra (hints of chocolate) and Passionale which is full-flavoured and harmonious, apparently, priced from 26p to 33p each.

There’s a 1-Litre water tank on the distinctive Stelia and a clever touch-sensitive light system on the head where you slide your finger up or down to adjust the strength of your coffee. Each Dolce Gusto pod has recommendations on how strong to make it, though you can adjust to taste. It is fast and efficient. The styling won’t please everyone, though it undoubtedly makes a statement.