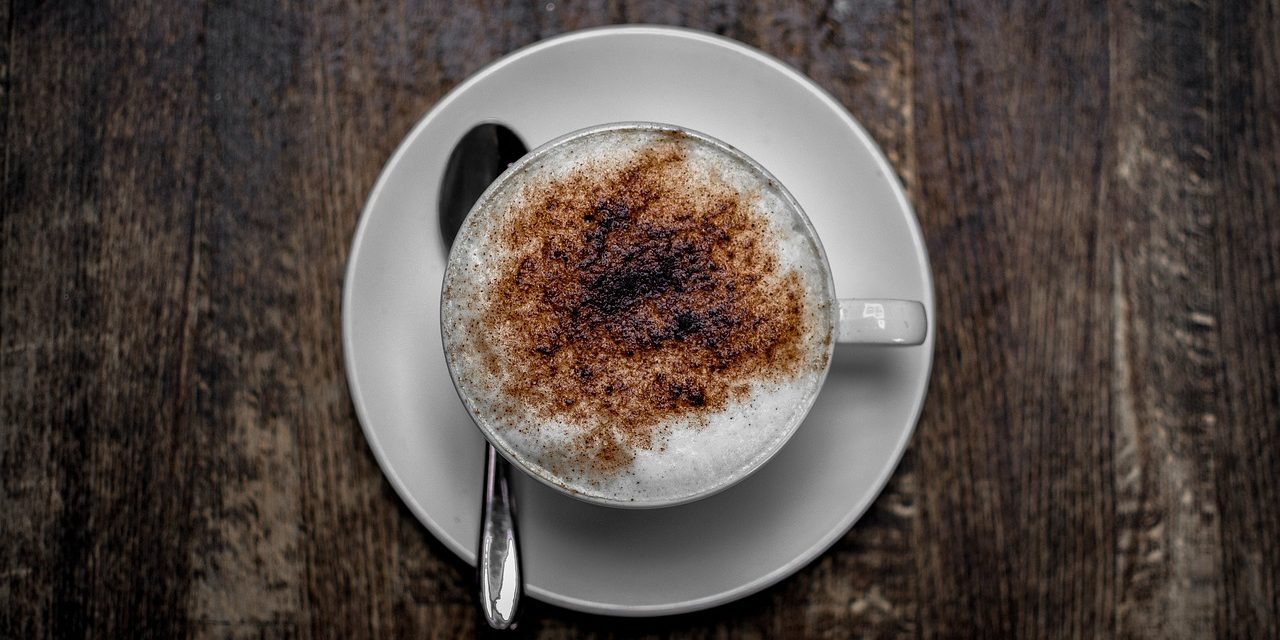 Visit your local cafe today and it’s near impossible to keep up with the variety of coffee drinks available. Cappuccino. Cappuccino Grande. Double Mocha Tall. Double Mocha Tall Iced. Steve Martin had no idea what he was getting himself, and the rest of us, into with his spoof of coffee chic in “L.A. Story.” Truth has become stranger than fiction, at least where today’s coffee craze is concerned.

Fortunately, a little information goes a long way. Armed with some simple explanations, you should be able to get your favorite java joint to give you exactly what you want every time out. That’s not to say there isn’t a little room for experimentation. But where coffee is concerned, often the best cup is one that is as comfortable, and familiar, as an old shoe. Better tasting, though.

Seeking some coffee clarity, I visited a handful of San Francisco cafes to get the lowdown on cappuccinos, lattes and a slew of other popular coffee drinks. First stop is at Mario’s Bohemian Cigar Store Cafe (566 Columbus Avenue, (415) 362-0536) in colorful North Beach, where the founder’s daughter, Julie Crismani, has been barista-in-residence for the last twenty-five years. We start with the basis for most coffee drinks, an espresso. This may be the simplest drink of all, a strong one-ounce shot of coffee served in a demitasse. We move on to Julie’s favorite drink, a cappuccino, which she defines as half espresso and half steamed milk.

“I like a foamy cappuccino, ” Julie tells me. “One that has a nice head to it.” If the milk is steamed to the right consistency, the pour of milk should result in a nice touch of foam at the end. “When I pour, it’s all steamed milk, ” she continues. “You shouldn’t need to spoon out foam.”

Julie also favors a smaller, rounder cup for a cappuccino, as opposed to the somewhat trendier bowl-sized cups seen at many cafes today. If you use a larger cup for a cappuccino, you really wind up drinking something more like a latte, according to Julie. Which leads us to a discussion of caffe latte, a drink which is one-third espresso and two-thirds milk.

“I’m more of a cappuccino drinker, ” says Julie. “I like to taste the coffee. Some people feel it’s too strong a drink, that it gets them too wired. That’s why lattes got in the picture.” Most Italians worth their salt will not drink milk in their coffee past the noon hour. Julie’s family, from Trieste, Italy, follows this maxim.

“My mother loves a caffe latte in the morning in a big cup, ” she tells me. “She takes a hunk of French bread and dips it in the coffee. That’s her thing. Many Italians can drink five to six espressos a day. I think that’s their average. Most Americans won’t do that, though. They’ll just go have a latte.”

A cafe au lait was probably never served in Julie’s home when she grew up. This traditionally French drink is equal parts brewed coffee and steamed milk. To Julie, it’s “a very weak latte.” She also doesn’t serve it at her cafe, since they don’t offer brewed coffee. What they offer as a substitute is an Americano, which is a shot of espresso followed by hot water to fill the cup. The result is a stronger version of brewed coffee. Italians don’t drink americanos, according to Julie, but Germans certainly do. “Believe it or not, they love it!” she says.

One drink which Italians, and maybe even Germans, enjoy is a macchiato. This transates to a shot of espresso “with just a spot” of milk when Julie is in charge. “There should be a little ‘crema’ on top, ” she continues, “not really milk.”

Even at the venerable Mario’s, some concessions have been made to today’s palate. Julie does offer her customers an iced latte. The key, she says, is to pour steamed milk into the glass, as opposed to cold milk. “With steamed milk, if you add sugar, it melts better, ” she says, and one can immediately sense that this is a woman who knows how to make her customers happy.

A couple of other drinks sure to make the faithful smile? A caffe corretto, for one, which is an espresso with a shot of brandy. “My customers like it after a big meal, ” Julie tells me. “They feel it helps their digestion. It’s also good as a dessert of sorts. Cafes in Italy sell a lot of these drinks in the winter.” At her own cafe, the specialty of the house is a cappuccino con vov. Her parents started serving this drink, which is a cappuccino laced with vov, a sweet egg and marsala wine liqueur, in the early 70s. With drinks like this, it’s easy to see why Mario’s has become a North Beach institution.

Wrapping up my course in Cafe 101 with Julie, I move on to Caffe Trieste (601 Vallejo, (415) 392-6739) down the street, which in addition to the standard coffee beverages offers up a few with a twist. Paul Umar, a barista at Trieste for the past six years, gives me the scoop. Their Africano is basically a short latte – the same shot of espresso as a regular latte but with less milk, which results in more coffee flavor. Especially good flavor is the result with Trieste’s caffe mocha, which is made with high-quality Guittard chocolate and homemade whipped cream. A caffe mocha is simply a latte with a spoonful of chocolate, and while the whipped cream is optional, it should probably be required. Trieste takes an already stellar drink even further by offering its customers a caffe fantasia, which is a cafe mocha with a swirl of almond syrup. Believe me, there’s no need for dessert or pastry after consuming this super-sweet sensation. The trick is limiting yourself to just one!

Next stop is Tully’s (2455 Fillmore, (415) 929-8808), a local roaster with cafes scattered throughout the San Francisco Bay area. Manager Matt Holcomb gives me the lowdown on spins, Tully’s version of a coffee slushee. This type of coffee beverage, which goes by many names, may be the hottest drink on today’s java scene. It’s easy to see why – it’s a coffee drink, alright, but it could also be a smoothie or a shake. Depending on what goes into your coffee slushee, it might taste more like chocolate, bananas or even oranges. Matt whips up a spin for me, which is made with iced coffee, ice, espresso beans and sweetened condensed milk.

“We use only fresh products, ” he tells me, “no mixes.” If the proof is in the pudding, he certainly delivers. My spin tastes fresh, slightly creamy and not too icey. The dark spots scattered throughout my drink are flecks of espresso beans, a nice touch. I’m drinking coffee, but I really feel like I’m eating dessert. A local newspaper did a taste test of the various slushee drinks served at local java joints and proclaimed Tully’s spin number one. I wonder if they tried the basic spin or went for the more exotic chocolate or banana versions. Something tells me they’re all winners.

I head down the block to Peet’s (2197 Fillmore, (415) 563-9930), known throughout Northern California as a haven for coffee purists as well as those who like their coffee strong. The cafe menu at Peet’s is short, as befits a no-nonsense coffee emporium. I notice a customer stroll away with what looks like a coffee slushee, so I ask assistant manager Marcy Hesseling to clue me in.

Does a latte have espresso
August 14, 2021
Fresh posts
Go to Top